The NBA's Toronto Raptors came to Barclays Center to play the Brooklyn Nets, in a rematch of their 7-game playoff series last year...which Brooklyn won. This season things are quite different: the Raptors are currently the 2nd best team in the Eastern Conference, with nearly twice as many wins a the struggling Nets. And it showed...shooting the Raptors was a joy, as they were happy, casual and kinetic during their pre-game warmups. And the game was highly entertaining...it went into overtime, with the Raptors clawing through 127-122. 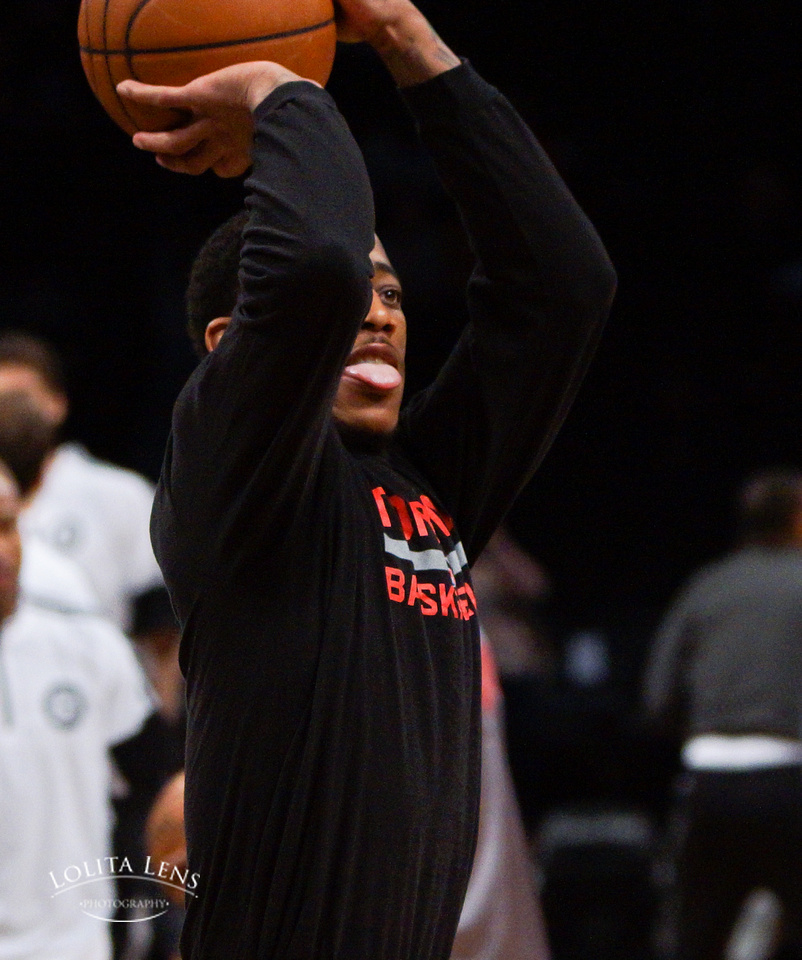 Toronto Raptor guard DeMar DeRozan has an eye on the basket 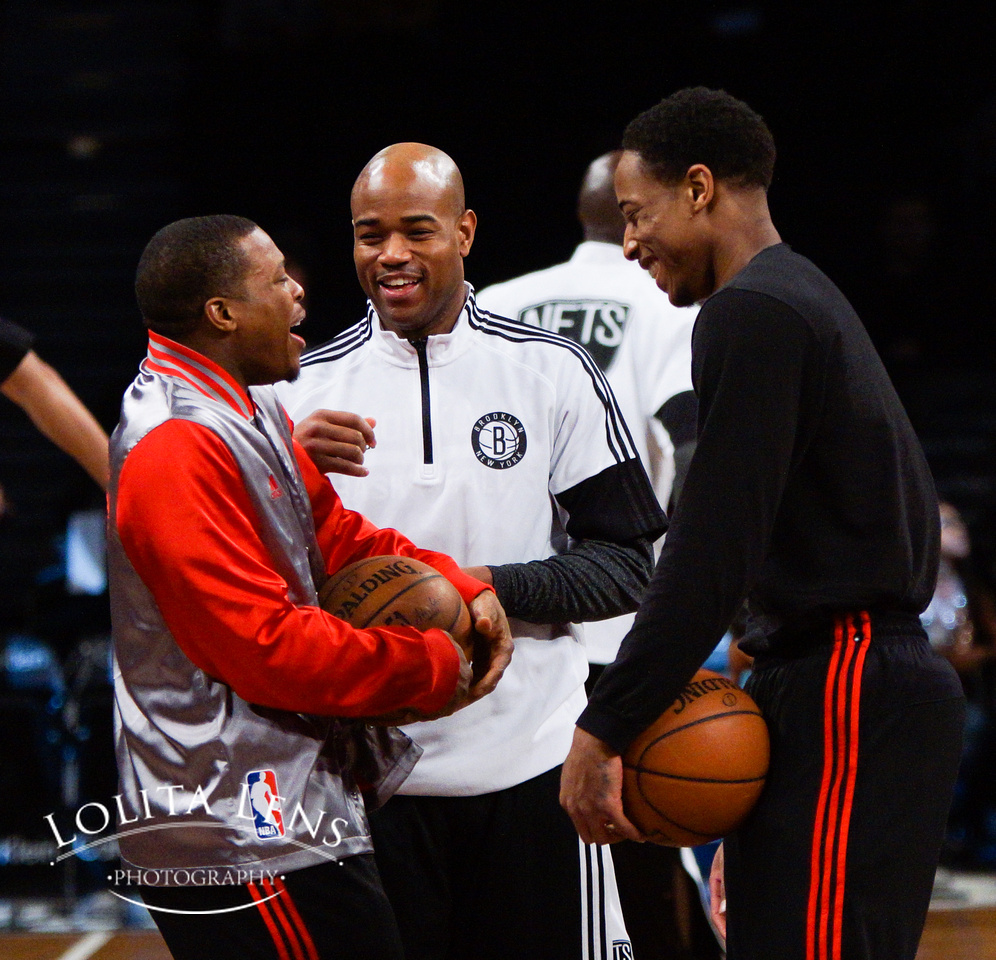 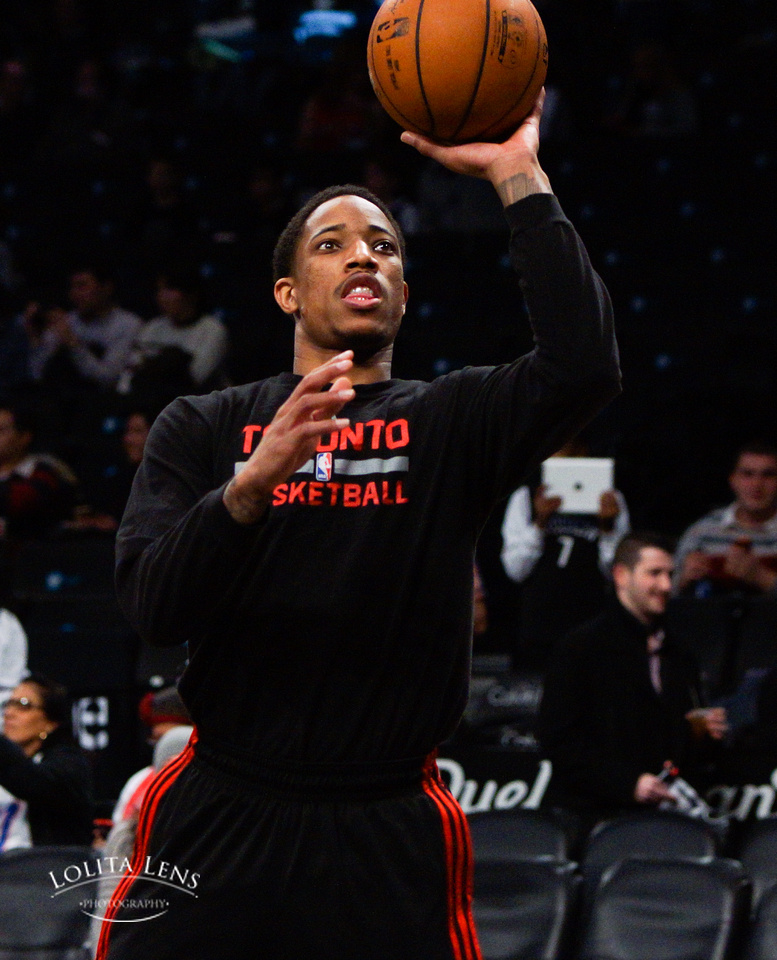 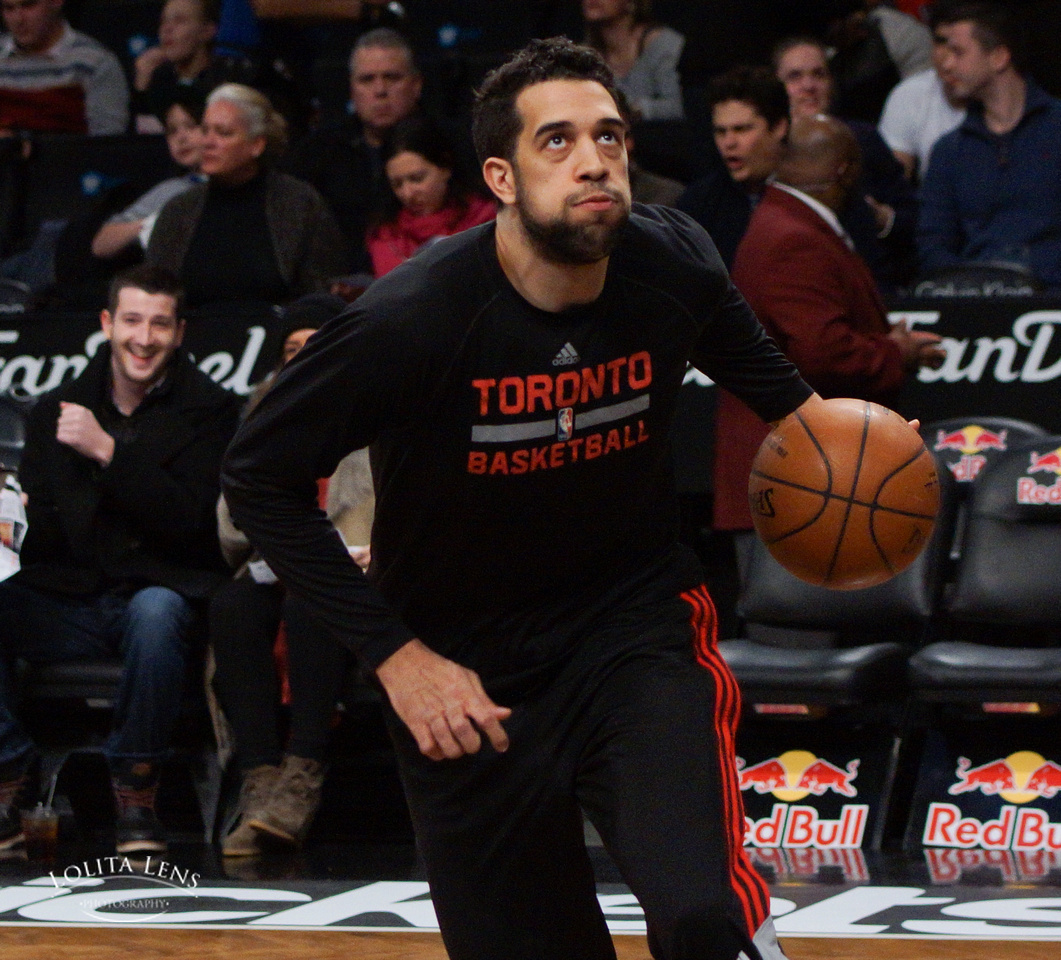 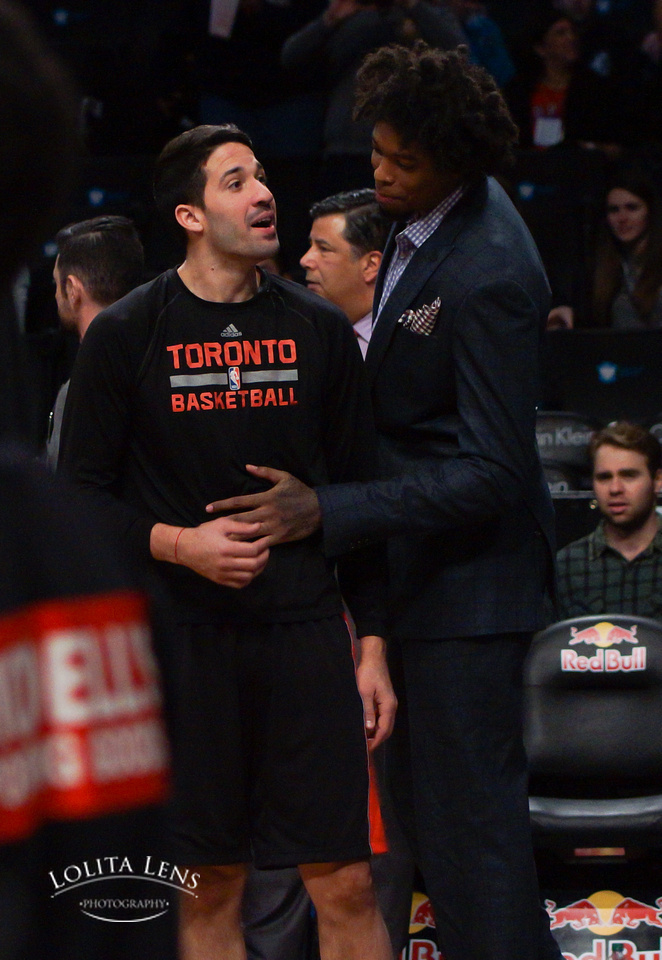 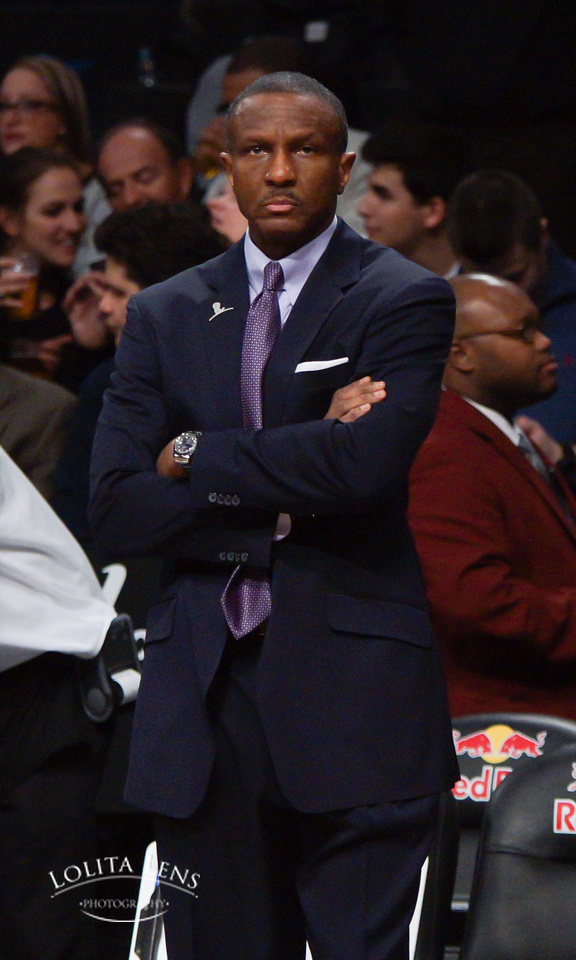 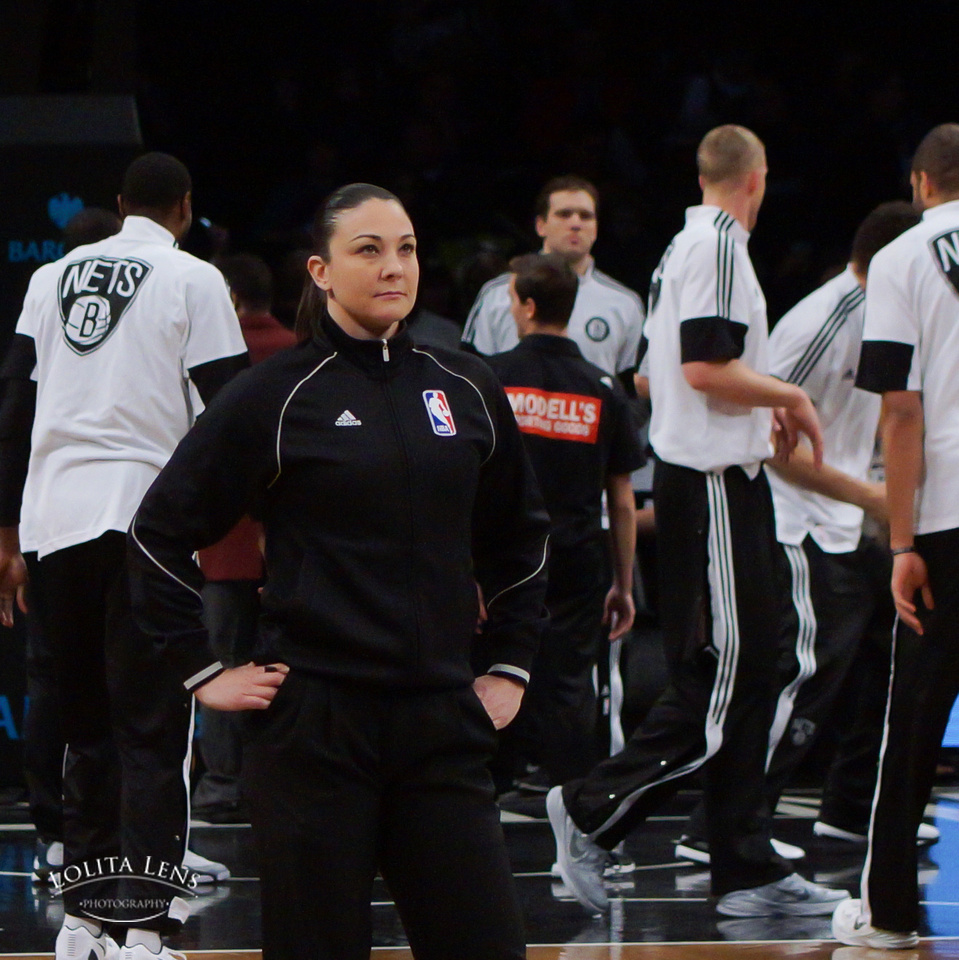 A woman amongst men: Lauren Holtkamp is one of three female referees active in the NBA